Changing the landscape of BHP

Indigenous women are changing the landscape of BHP.

Indigenous women who have graduated from the Indigenous Development Program are changing the cultural and employment landscape of BHP.

BHP’s Indigenous Development Program (IDP), which was born in WAIO, has been nominated for an award at the Chamber of Minerals and Energy Women in Resources Awards for its success in increasing the representation of female Indigenous leaders within BHP.

“These future leaders are breaking stereotypes around leadership in the mining industry; they’re becoming positive role models and workplace mentors for other Indigenous women new to mining; and they are shifting mindsets around possible career paths and redefining Indigenous success,” said Indigenous Employment Manager Anthony Galante.

“Our focus on creating employment, development and leadership pathways for Indigenous women is a key plank to building a more diverse and inclusive workplace,” explained Anthony.

Sarah Walley, Jane Binsiar, Lyndal Evans, Taleasha Morrice, Jessica Williams and Melanie Tullock-Dhu are the latest female graduates from the IDP, and they’ve cherished their time in the program.

“The IDP has given us leadership capabilities and the confidence to take action in driving our career in what direction we aspire to. I am a firm believer that proximity is power. Having the opportunity to grow together is something I will cherish forever. If I could give one thing to Cohort 9 - it would be to see themselves through my eyes. Let’s go make a legacy that will leave a lasting impact!”

Through the 2020 Reconciliation Action Plan (RAP), BHP has been working to increase Indigenous representation and create a more inclusive workplace.

In 2013, the Productivity Commission identified Indigenous Australians as a key demographic that experienced entrenched poverty and what it termed ‘deep, persistent disadvantage’.

BHP’s Indigenous Development Program (IDP) was launched in Western Australian Iron Ore (WAIO) in 2015 and has since been rolled out across Australia.

“Five years ago, there were only 38 Indigenous people leaders in WAIO and only four of these were female,” Anthony continued.

“So this program has focused on enabling career progression and growing our Indigenous talent pipeline.”

“While this is positive in terms of our RAP and the socio-economic benefits that flow from these high levels of participation, there is a significant lack of Indigenous women in leadership roles,” said Anthony.

In Western Australia, the total number of Indigenous women in people leader roles is now at 19 - an increase of 375 per cent.

In 2019, BHP’s Indigenous Leadership Program (ILP) was introduced following feedback from line leaders for a program to support existing Indigenous leaders to move to the next level.

“We’re enabling Indigenous men and women to develop their abilities to become roles models for other Indigenous employees within the business and build more visible Indigenous leadership representation.

“It’s great to see our Indigenous team members and future leaders establish a network across Australia and take on leadership roles outside of BHP, within their families and communities,” finished Anthony.

“It’s a great program that is seeing amazing results and we are very proud to have our Indigenous female leaders recognised at the CMEWA Awards!” 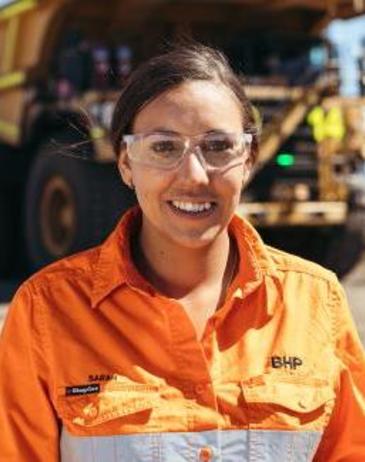