Our national footprint began to take shape with the acquisition of our first FM license in 2000 which became NOVA 96.9 in Sydney. From there the NOVA radio network was built across metropolitan Australia with stations in Melbourne (NOVA 100), Brisbane (NOVA 106.9), Adelaide (NOVA 919) and Perth (NOVA 93.7).

In May 2012, smoothfm was launched, a contemporary easy listening FM network in Sydney and Melbourne, Australia’s two largest cities.

The smoothfm stations have been an outstanding success and currently reaching an audience of over 1.6 million.

All of our radio stations are complemented by a range of digital assets across social, mobile and online as well as a range of adjacent businesses which leverage the company’s brands, content, audiences and expertise to provide new growth opportunities to the business. Some of these include NOVA’s Red Room, NOVA Entertainment’s experiential and music event brand, the mobile platform Play2Win and the smooth channel on FOXTEL.

Coles Radio is created by NOVA Entertainment, a unique music partnership with large Australian retailer Coles. Coles Radio is a national radio station which is heard on digital radio and within 760 Coles stores nationally.

NOVA Entertainment also syndicates content to 60 regional markets in Australia and to markets as far as Malaysia and the United Kingdom.

As one of the media industry’s most innovative companies and in view of the rapidly evolving media landscape, NOVA Entertainment’s vision is to endure as an entertainment company, with a mission to create content that is loved and shared by audiences, wherever they are. 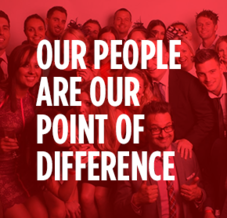