Meet our founders: An insiders perspective

If I know one thing I know this – that the really great companies have really good people behind them. Not perfect people, but genuinely good people who are working hard to do the right thing by the community, their clients and their partners.

When I was approached by Joel McInnes and Marko Njavro to talk about their ideas for FlexCareers, I’d been approached by a few other start-ups at the same time. A big part of choosing which one to join was down to the people behind the idea.

I chose FlexCareers for three reasons –

So, who are Joel and Marko?

Well from a lot of coffee and some very very long conversations, let me introduce them.

Joel and Marko are ex-bankers. They’re built successful careers in the heart of one of the toughest corporate environments that exist – investment banking. While they were building those careers, they looked around and decided they could do better. They wanted to make more of a difference to the community they worked and lived in. Their initial goal was to address what they saw as gross gender inequality. In their words, “we looked around and noticed there were NO women. We decided that needed to change and we had some ideas!”

Away from work, Joel and Marko are both pretty normal people. Joel is a father of three little girls and his wife is a working mum. Marko was brought up by a working mum and is full of admiration for the role his mum played as he was growing up.

At the time Joel and Mark contacted me to talk about their idea. Joel was fresh from seeing his wife struggle to get back to work post three children. Marko had just finished a career break where he completed his MBA in the USA, and was keen to change the way work ‘works’ for women. Coming from work environments where there were very few women, they had really spent a lot of time thinking on why that was.

What makes them stand apart from the crowd?

So, as we drank coffee, I listened. I heard a fair bit about this before from others. Good ideas and passionate advocates for change are fairly commonplace. But Joel and Marko had had an idea in two pieces. Firstly, they wanted to connect people, and in the first instance, working mums, into a supportive and highly engaged community, and secondly, they wanted to find employers who were genuinely trying to build work and careers in much more flexible ways. Again, I’d heard this before. Then Joel and Marko explained what they had done. They had personally funded the build of a very unique piece of technology. Built in the USA, the technology ‘matches’ all sorts of attributes from a person to a job. It matches skills and experiences, of course, and then it matches attributes, and then it matches the structure of the ‘flexibility’ each individual is looking for.

I’ve been in HR and recruiting for a long time, and I’ve never seen a matching technology this impressive.

And as we spent those hours talking, and drinking coffee, I came to like Joel and Marko too. They are genuine. Real. Honest. And deeply committed to making careers work differently. They mentioned care for the community and candidate care a thousand times. They’d done more research than anyone I’ve ever spoken to. On working mums. On gender equity. On data and technology. On skills that are lost to the economy during their ‘baby years’, and they had a bunch of ideas on how to make it work.

Finally, they had those two really unique points – Firstly, they were bankers by trade. They know how to run a business and keep it working well past the initial excitement of calling yourself an ‘entrepreneur’. Secondly, they were open to listening and learning. They recruited a great ‘all girl’ team – from the Board, to the CEO, to Marketing – determined to listen to women and what matters to us.

So, I joined FlexCareers. The company and, as a working mum of three, the community. And I joined the team with two normal guys who are really committed to making this work.

I’ve spent my career on the people stuff, working with some of the biggest and best companies all around the world, but I’ve always thought – “we could do this better. We could make work (and leadership) better for all of us – more inclusive, more real, and more ‘human’.

I fundamentally believe that inclusion, good leadership and treating each other as equals, is not only foundational for good people practices in organisations but equally of more equitable and prosperous economies and communities. In short, if we include as many people as possible in work, then we start to build the sort of community and society we all want to live in.

Behind the scenes, if you could see my ‘real resume’, you’d know I grew up in Wollongong (‘the Gong’), and as such I inherited that ‘work very hard and be straightforward’ work ethic. I don’t step back from either. Away from work – I’m a wife, a mum, a friend, a person who likes to laugh, and a great lover of the ocean. 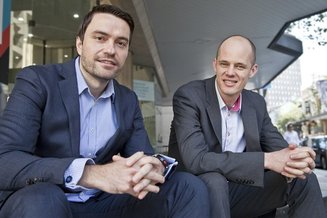