Parenting and the modern workforce

The cold weather has well and truly hit across the country this week and many of us are starting to feel winter’s effects. You may avoid getting one of the bugs going around, but if you’re a parent, it’s almost inevitable that at least one of your kids will get struck down with illness.

It can be really hard as a working parent to juggle your family responsibilities with your work ones. Parents tend to feel guilty when it comes to work when their kids get sick. There is this element of self-doubt – if both parents are working, which one ‘lets down’ their employer?

Parents also worry about their colleagues’ perceptions. They don’t want their colleagues to think they are slacking off, taking advantage or getting special privileges if they are out of the office because of their children. They also worry about being overlooked for pay rises or promotions if they aren’t putting in as much face time at the office as their childless counterparts.

These types of dilemmas just simply shouldn’t be an issue in a modern office-based workplace. The idea that staff need to be physically present in the office to be working is outdated.

A modern employer should realise that flexible working is really important. We are all human beings and family is the most important connection we have. If we are parents, being a parent should come before being an employee. Whether that’s working from home to look after sick children, arranging your workday to fit around commitments such as school drop-off or pick-up, or just ducking out of the office for an hour to take a teenager to a dentist appointment.

The Xero leadership team recently had a really good conversation at our annual leadership meeting about how we can better support our Xero parents. We already offer an additional 10 weeks’ paid parental leave for primary carers and an extra five days’ sick leave on top of what the law requires. Our goal though, was to identify a couple of human areas we could improve on.

One challenge mentioned, was how hard it is for new parents to integrate back into the business after they’ve been on parental leave.

It’s something that I hadn’t really considered – how different the business could be from when they left to when it’s time to come back. A lot can happen in a year, or even six months, in a fast-moving industry such as ours.

Not only will the business have changed but the person has undoubtedly changed too. They’ve been through a life-changing event that was likely to have changed their whole perspective, as well as their priorities. Returning to work can be filled with angst about leaving their baby and self-doubt about the role they are returning to.

So, how can modern employers help?

Firstly, by reaching out to them and staying in contact while they are off work. We invite our Xeros who are on parental leave to come into the office on a regular basis, to touch base with their team and keep up-to-date with what’s happening in the business.

We’ve also started Xero coffee groups in New Zealand, where Xeros on parental leave can come into the office to catch up with other parents, while also getting an update from us about what’s going on in the business so they stay in the loop. It doesn’t hurt that there are always a few pairs of arms keen to pass the baby around so the parents can have a wee break too.

And when their leave finishes and they’re back in the office, we give them almost a full induction. We don’t throw them straight back into the deep end. We know there’s often a lot of self-doubt about whether they can still do a good job and anxiety about leaving their baby, so we help them to ease back into work and make sure we call them out on a job well done.

Being a father myself, I have seen first-hand how isolating it is to be at home with a newborn. Unless you’re a parent, you just can’t understand how much of a massive conscious and logistical effort it is to do anything – even to just simply leave the house.

Being more aware of the kinds of challenges your team faces and a willingness to be flexible are two traits that don’t cost any money but can make a huge impact on your employees’ lives. 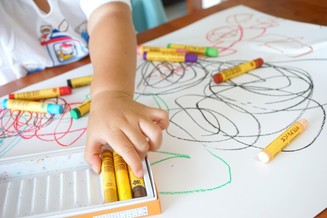