Leading the Way in Gender Equity

The event promoted and discussed the progress and opportunities of building a diverse and inclusive property industry, and Steve was among a small panel who spoke on their experiences and leading the way in gender equity.

“I am a firm believer that what gets measured gets managed. Real-time access to data on gender diversity becomes hard to ignore and demands action,” Steve said.

At Lendlease, assessing gender equity in all areas of our business is an ongoing priority. Our actions include minimising bias in the processes for recruitment, promotion and pay, ensuring gender pay parity, and monitoring gender-based metrics to ensure accountability and change. We’re also providing focused support for both women and men with families.

The Property Male Champions of Change (PMCC), which Steve is part of, also released guidelines on gender pay equity in August which featured a Lendlease case study on pay parity.

Equality of pay is an important issue for Lendlease. We have committed significant resources to understanding what causes gender pay gaps and how to best address them.

In addition to our annual like for like gender pay analysis, Lendlease actively monitors its ‘business as usual activities’ to identify hot spots and emerging issues related to remuneration gaps, such as the potential to import pay inequities through external hiring.

Lendlease also implemented a program of actions based on research and their findings, specifically the importance of communications, training and education to work toward closing any gender pay gaps. These included:

Lendlease will continue to focus on future improvements and monitoring and is looking to undertake a qualitative review of decision making by managers in 2018 to determine any additional actions. 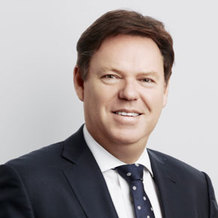